Youths in Burngreave are among those under scrutiny after police officers were attacked on Halloween.

CCTV images are now being analysed after members of the Sheffield North East neighbourhood policing team were struck with fireworks, stones and eggs on Halloween night whilst dealing with other incidents in the area.

Officers in Burngreave as well as Firth Park were attacked. This put members of the public as well as the officers at risk of injury.

Incidents of violence against other people in South Yorkshire have doubled since 2015 according to the Office of National Statistics. Next week Sheffield City Council will hold a meeting concerning knife crime in the city, particularly in the Pitsmoor and Burngreave areas.

Parents are encouraged to keep an eye on their children following these incidents.

Inspector Chris Lewis of the Sheffield North East police force said: “If you are the parent of a teenage youth who may be out tonight in Sheffield, do you know where they are or what they are doing?”

Anyone with any information following these attacks should call South Yorkshire Police on 101. 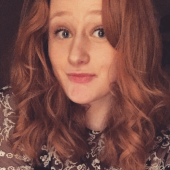