A PETITION calling for the government to ringfence funds for to save public libraries has been attracting lots of attention.

It has been signed by over 25,000 signatories at time of publishing, meaning that a government response is forthcoming.

Frances Belbin, the Burngreave woman who made the petition, is hoping that it gets the 100,000 signatures it needs for there to be a parliamentary debate on the issue.

Ms Belbin said: “I am delighted to have got such high profile support in the last few days, with the petition now at more than 25000 signatures.

“Volunteers are doing wonderful things that add lots of value to libraries, but they shouldn’t have to shoulder the responsibility of delivering an essential public service.

“It is a constant battle to raise the funds needed to keep our library open, and unsustainable in the longer term.”

The petition has picked up more traction over the past five days since Harry Potter author JK Rowling posted an appeal for her Twitter followers to sign.

Other internationally renowned authors such as Neil Gaiman and Malorie Blackman have also pledged their support to the cause.

The petition itself says that “local libraries are a vital resource for the promotion of reading, literature and culture. They are a necessity for the digitally excluded who need to go online to access benefits, health, education and employment resources.”

“Libraries are vital economic and cultural drivers for our local economies.

“I was pleased that this week, in partnership with CILIP [The Chartered Institute of Library and Information Professionals], The Big Issue and armed with a 20,000 strong petition initiated by my constituent Frances Belbin we were able to put forward a comprehensive case for a fairer funding deal for libraries to the Minister, Michael Ellis.

“A fairer funding deal will be crucial in securing the long-term sustainability of our libraries. I look forward to the petition hitting the 100,000 mark so the issue can be debated in Parliament.”

You can find the petition here. 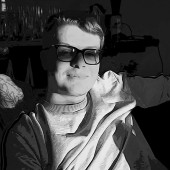 Sarah Nulty to be honoured at the prestigious UK Festival Awards

STAY UPDATED WITH US